More than a thousand people in 550 cities in 65 countries celebrated Shabbat (24 Oct. 2015) as part of The Shabbat Project – a grassroots international movement that aims to unite Jews from across the globe in keeping one full Shabbat when they tune out, turn off and unplug. The project’s website provides a map of how to celebrate Shabbat according to Jewish tradition.  After a great Shabbat experience, what's next?


My new book PHOTOGRAPH GOD: CREATING A SPIRITUAL BLOG OF YOUR LIFE http://photographgod.com offers a map of how to spiritually celebrate the other six days of the week. 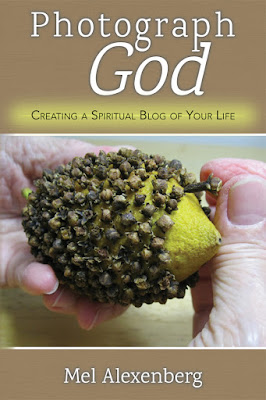 The photograph on the book’s cover shows my wife Miriam pressing cloves into an etrog (citron) that is held together with a palm fond and sprigs of myrtle and willow on Passover.  She is recycling a holiday mitzvah for use as the pleasant fragrance for the havdalah ceremony marking the end of Shabbat.  It is said that we gain an additional neshama (soul) on Shabbat.  As the stars dot the sky bringing Shabbat to a close, the sudden exit of this extra neshama can make one faint.  Smelling the etrog with cloves extends the sweetness of Shabbat by making the neshama leave our bodies slowly.


Miriam’s pressing cloves into an etrog also symbolizes the transition from a Shabbat that celebrates God’s creations to the eighth day when we return to our creative work.  “God blessed the seventh day and He declared it holy, for it was on this day that God ceased from all the work that He had been creating [for us] to continue making.” (Genesis 2:3) Miriam combined two of God’s creations – etrog and cloves – and created something new.  The Torah invites us to become partners of God in the continuing process of Creation.


The significance of our active collaboration with God is told two millennia ago in Midrash Tankhumah. The Roman governor over the Land of Israel asked Rabbi Akiva, “Which are greater and more beautiful, man’s creations or God’s?” The governor was taken aback by the rabbi’s response that human creation is more exalted than Divine creation. As the Roman was questioning the rabbi’s unexpected response, Rabbi Akiva served a plate of wheat grains to the Roman and took cakes for himself. The puzzled Roman asked, “Why do you take cakes for yourself while you give me raw grains of wheat?” The rabbi responded, “You prefer God’s creation. I prefer man’s.”


Shabbat observance in defined negatively - not doing the 39 categories of creative work that went into making the mishkan, the tabernacle created in the desert on the exodus from Egypt.  On the six weekdays until the next Shabbat, we can transform our work into holy acts.  The preeminent Jewish thinker of the 20th century, Rabbi Joseph B. Soloveitchik defines holiness in his seminal book Halakhic Man as human creativity in our everyday world:
“If a man wishes to attain the rank of holiness, he must become a creator of worlds. If a man never creates, never brings into being anything new, anything original, then he cannot be holy unto his God. That passive type who is derelict in fulfilling his task of creation cannot become holy. Creation is the lowering of transcendence into the midst of our turbid, coarse, material world.”


As two artists, Miriam and I created the year-long Torah Tweets blogart project to celebrate our 52nd year of marriage.  It offers a map for spiritually celebrating everyday life.  During each of the 52 weeks of our 52nd year, we created a blog post by photographing our life together as an expression of the week’s Torah portion.  We added a text of Tweets linking six photographs to the Torah text.   It was widely disseminated through the blogosphere and twitterverse. You can access the entire blogart project with all the photographs and texts at http://bibleblogyourlife.blogspot.com.


We read Vayera/And he Appeared, the fourth portion of Genesis on Oct. 31st, the Shabbat that follows The Shabbat Project when the third portion Lekh Lekha /Go for yourself was read in synagogues worldwide.  Miriam and I created the blog post for Vayera by linking the biblical narrative to our working together to make potato casserole in our kitchen.  It exemplifies down-to-earth spirituality in a networked world, the core concept of Photograph God: Creating a Spiritual Blog of Your Life. It invites you to create a spiritual blog of your life by exploring the dynamic interface between your story and the biblical narrative.


Abraham rushed to the tent to Sarah and said, “Hurry!  Take three measures of the finest flour!  Kneed it and make rolls!”  Abraham ran to the cattle to choose a tender and choice calf.  (Genesis 18:6, 7)


Abraham ran after a calf that ran away from him into a cave that was the burial place of Adam and Eve.


At the far end of the cave, he saw intense light emanating from an opening.


When he came close to the opening, he found himself standing at the entrance to the Garden of Eden.


About to enter the pristine garden, he remembered that his wife and three guests were waiting for lunch back at the tent.


What should he do?  Should he trade paradise for a barbeque?


The Bible tells us that he chose to return to the tent and join his wife in making a meal for their three guests.


Abraham realized that paradise is what we create with our spouse at home.  Other visions of paradise are either mirages or lies.


Enjoy life with the wife you love through all the days of your life. (Ecclesiastes 9:9)


My wife, Miriam, and I worked together to create paradise in our vegetarian kitchen.


Adam and Eve had a vegetarian kitchen.


Spirituality emerged from our collaboration making a potato casserole for our guests.


We bought potatoes and scallions in Avi’s vegetable store and cottage cheese and grated yellow cheese in Bella’s grocery.


We baked the potatoes in the microwave, sliced them into the baking pan and covered them with the cheeses.


Miriam washed the scallions, cut them up, and sprinkled them over layers of cheese-covered potatoes.


After the casserole was baked, we served it to our guests.


After a great Shabbat, enter the eight day with your eyes open to seeing your everyday world from fresh viewpoints.  Seeing the ordinary aspects of your life from a new perspective with a creative mindset can transform it into an extraordinary spiritual event. You can discover unprecedented creative opportunities for linking biblical texts with the spiritual in your everyday life through digital photography, a narrative blog form, and the Internet’s social media.


In one of my meetings with the Lubavitcher Rebbe, he pointed out that the Hebrew letters HMR spell the word for “matter” and the letters RUH, spell the word for “spirit.”  Dropping M and U that are interchangeable letters makes matter and spirit the same words spelled backwards - H-R and R-H.


The Torah Tweets blog begins with the following quotations from contemporary rabbinic thought and popular literature that establish down-to-earth spiritually as the major theme of Judaism.  They invite you to discover spirituality as it flows down into your life.


"Judaism does not direct its gaze upward but downward ... does not aspire to a heavenly transcendence, nor does it seek to soar upon the wings of some abstract, mysterious spirituality. It fixes its gaze upon concrete, empirical reality permeating every nook and cranny of life. The marketplace, the factory, the street, the house, the mall, the banquet hall, all constitute the backdrop of religious life." (Rabbi Joseph B. Soloveitchik)


"It is not enough for the Jew to rest content with his own spiritual ascent, the elevation of his soul in closeness to G-d, he must strive to draw spirituality down into the world and into every part of it – the world of his work and his social life – until not only do they not distract him from his pursuit of G-d, but they become a full part of it." (Rabbi Menachem M. Schneerson, the Lubavitcher Rebbe)


"The first message that Moses chose to teach the Jewish people as they were about to enter the Land of Israel was to fuse heaven to earth, to enable the mundane to rise up and touch the Divine, the spiritual to vitalize the physical, not only as individuals but as an entire nation." (Rabbi Abraham Y. Kook)


"If there is a religious agency in our lives, it has to appear in the manner of our times. Not from on high, but a revelation that hides itself in our culture, it will be ground-level, on the street, it'll be coming down the avenue in the traffic, hard to tell apart from anything else." (E. L. Doctorow)
Posted by Mel Alexenberg at 9:32 AM 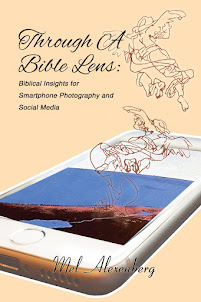